Adam Bielecki – born in 1983. A climber, Himalayan mountaineer and traveler. Member of the Cracovian mountaineering club „Klub Wysokogórski Kraków”. Member of the national high altitude climbing team. He comes from Tychy and lives in the region of Greater Poland. He graduated from psychology at the Jagiellonian University. He has been climbing mountains for over 20 years. Leader of several dozen expeditions to various mountains on 5 continents. At age 17 he was decorated with the Kolosy 2000 competition distinction for being the youngest climber to perform a lonely alpine-style climb of Khan Tengri, 7010 m.

In autumn 2011 he summited the fifth peak of the Word, Makalu 8463 m, without using oxygen. On 9 March 2012, together with Janusz Gołąb, he made the first winter climb of Gasherbrum I 8068 m, for which he was awarded a Colossus (Kolosy) and the National Geographic Traveler Award, and which was considered the greatest achievement in the field of exploration in 2012 by the prestigious American portal explorersweb. He climbed K2 (July 31, 2012) and Broad Peak – with the first winter ascent (March 5, 2013). In the spring of 2014 he took part in a successful expedition climbing the northern wall of Kanchenjunga led by Denis Urubko. In winter 2016, together with Jacek Czech, he attempted the first winter climb of Nanga Parbat, 8125 m. As part of the expedition “Annapurna Polsped Expedition 2017”, together with Felix Berg and Rick Allen, he climbed in light style the seven-thousander Tilicho Peak, and made an advanced attempt to establish a new route on the virgin north wall of Annapurna, 8091 m.

Participant of the winter national expedition to K2, and the hero of a widely publicized rescue operation on Nanga Parbat during which he managed to save the life of the French climber Elizabeth Revol. On 16 July 2018, together with Felix Berg, they established a new variant of a route on the western wall of Gasherbrum II (8,035 m). He was awarded, i.a. with the Order of Polonia Restituta and the Legion of Honour. Honorary citizen of the City of Tychy. He has never used extra oxygen from his cylinder during his climbs.

In 2017, he published his first book, entitled ‘From under frozen eyelids”.

Hi, my name is Adam Bielecki and I welcome you on my website. Since my childhood I wanted to be an alpinist and that is how at the age of 13 I started climbing rocks and by the age of 15 I already have been climbing independently in Tatras, a year later I went to the Alps where I climbed Dufourspitze, Matterhorn and Mont Blanc. At the age of 17 I was the youngest to climb (solo and alpine style) Khan Tengri, peak over 7000 m. Makalu in Himalayas is the first eight-thousander I climbed, and the highest mountain I have climbed is K2, 8611 m.

The endeavours I cherish the most are the first ever winter climbs of Broad Peak and Gasherbrum I, and the new route on the west face of Gsherbrum II. My specialty is the climbing in Hmalaya, nevertheless I enjoy climbing in each of its various forms. I enjoy rock climbing, ice climbing and mixt climbing, during the last 20 years, I have climbed over 100 technical routes in various mountains on 5 continents. I appreciate the most exploration aspect of climbing, I do prefer the small expeditions in light style. I consider the rapidness in mountains as major factor of security. I never used the oxygen bottles, as I consider them a form of doping.

I love adrenaline and that is why I do enjoy all extreme sports : paragliding, parachuting, splitboarding, diving, sailing and surfing. I participated in few cycling and running ultra marathons. 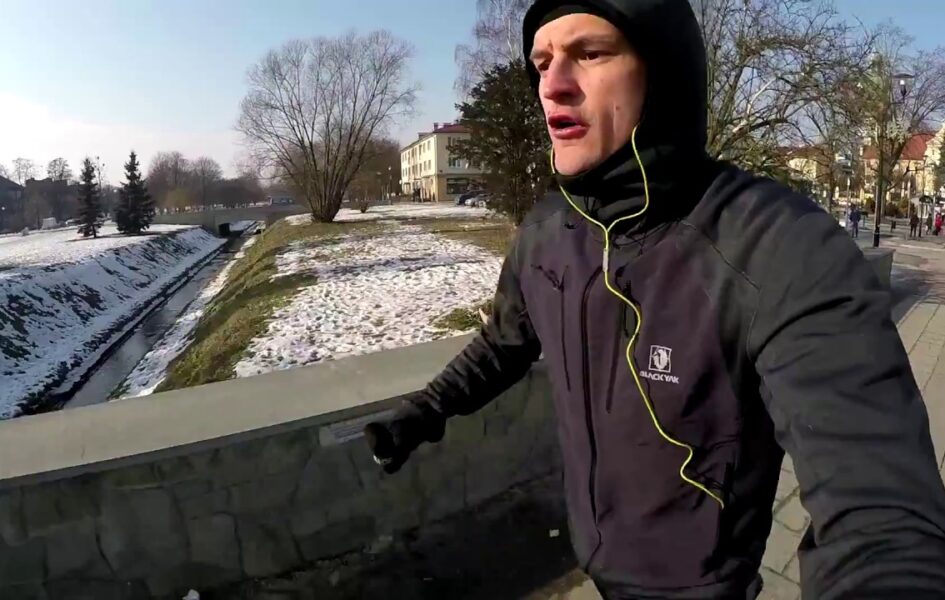